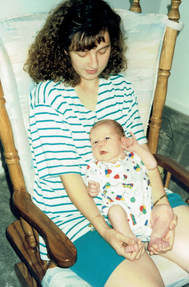 This is my story. In college, I was required to take a physical education course. As part of my final exam, I was required to run a mile. I refused to do so because I absolutely hated exercise - so therefore received my first D in a class...ever!

I became a mother in 1995. I was only 22 years old. The picture on the right was taken about a month after I had given birth to our first son.

​I never thought of myself as anything but a mom and never had any sort of ambition when it came to exercising until after my second child was born. My goal at that time was to simply lose the excess weight I had put on while carrying children and return to my "normal" clothes. I joined a Ladies Workout Express and went regularly. I had no idea what I was doing and had to ask a lot of questions to even figure out how to use their machines. I didn't know anything about eating healthy. Matter of fact, McDonald's was one of my absolute favorite places to eat! 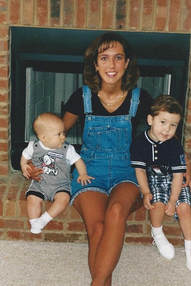 In 1999, my first marriage officially ended. I was 26 and had two boys at the ages of three and one. I ended up having to work three jobs to just make the financial ends meet while raising two toddlers. I lived an hour and a half from my family, so there was no help on a day to day basis. I look back on those days and know that it was only God who got me through. (And yes, I was way too tan... LOL)

I met Victor while working one of my jobs at O'Charley's in 1999. We became friends immediately. He was the kindest person I had ever met. He was always so sweet to the boys as well, which told me a lot about his character. His friendship meant so much to me because I lived so far away from family and felt very alone. We made plans with a group of mutual friends to go see The Matrix. One by one the friends cancelled on us, leaving us to decide if we wanted to go without them. We did. That turned out to be our first date. (Sometimes I wonder if Victor got them to cancel...Haha!) 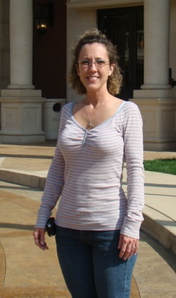 Victor and I got married in 2002 and moved to McDonough, GA in order for me to find a better job.

Life got a little easier and I found that I needed to do something about the fact that I seemed to be getting "thick". I have always had a thin upper body but kept any weight gain in my lower body. I learned later in my certification process that this is a combination of body types called an ectomorph and and endomorph. As life got easier, I ended up wearing a size 12 pants and a small shirt. I felt like I needed to make a change.

​I asked Victor to start showing me what to do in the gym. This didn't work out all that well because I was not used to someone pushing me past my comfort zone. 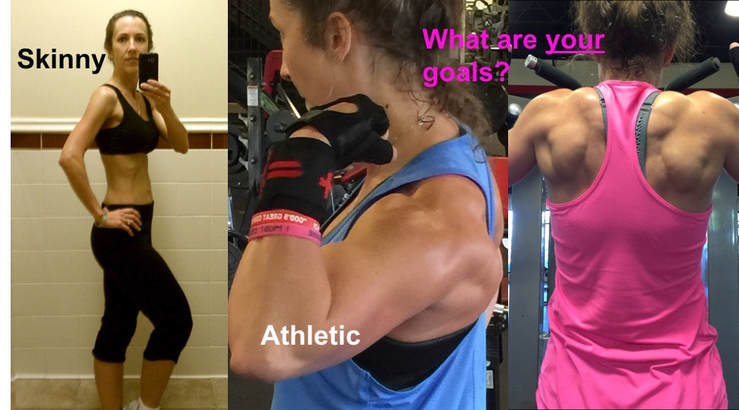 I continued the weight training and grew to love it more and more. I had to learn how to view my weight and my size differently. I no longer cared what I weighed. I went from a size 2 in pants to a size 4 (where I still am today). I went from 114 pounds back to 135. However, at this point the 135 pounds includes a lot more muscle than fat.

It took a whole mind shift for me to start feeling differently about the scale. I had to learn how important muscle is to my body. I also had to learn that muscle is dense and adds weight. (Think about it like this - compare a pound of marshmallow to a pound of rock.) Then I had to stop caring what the scale showed. I can honestly say that at this point in my life, I have a better body image than I ever have. I still struggle from time to time with feeling frustrated that I don't see the changes that I want as quickly as I want them. But I think that is just normal. I don't know if I will ever be 100% satisfied with my progress but I can say that I am happy in my skin. I began wearing a two piece bathing suit in 2015 which was huge decision for me because I have terrible stretch marks from having an almost 10 pound baby.

I hope this has helped you in some way and I would love to hear your story. If you are struggling with your body image, please know that you are not alone; but you don't have to stay stuck there. If you are willing to share, please click Contact Us and tell me all about your journey!